I am incapable of separating the personal from the political.

Often I’ll hear….”I’m not interested in politics” or “I hate politics.”

It does not register or resonate with me.

I have to admit, I find those statements puzzling.  It is near impossible for me to divert my eyes from the current spectacle of chaotic governance and divisive rhetoric….and remain silent.

Now, I get it that I can obsess.

I know my passion often spills over into compulsion….and being a Scorpio with a Sun and Moon sign in water….my tendency is to navigate the world with emotions on screech, and at times….ferociously on fire.

And yet, I cannot tease out politics from value issues like civil rights, a woman’s right to make decisions about her own body….or concerns addressing climate change and healthcare….and all sorts of other critical topics that directly affect and impact our day-to-day lives and that of future generations..

I tend to lean politically left…okay…probably even a bit to the left of Elizabeth Warren…when it comes to social issues.

I was raised in a Democratic household.  A framed picture of John F. Kennedy hung on our living room wall….just above a photo of Mary Corcoran, my Irish grandmother, arrested four times for midwifery.   (That might explain my cantankerous, rebellious side).

As a child, I lived in a small, rural, central Massachusetts town with a population under two-thousand.  There were one hundred and ten in my senior class, many I had known since first grade, largely of Italian, French and Irish decent.  Most, like myself, were second generation grandchildren of immigrants.  I had a grandfather fluent in Portuguese, a grandmother who understood Gaelic, a maternal grandmother that taught me a few Swedish words and how to bake when I was very young and a maternal grandfather who was born in Germany and immigrated to the United States.  My great-grandparents came to America with little to nothing from Ireland, the Azores and Sweden.. 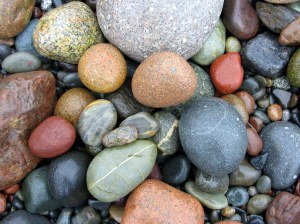 Most of us had dads who served in WWII and mothers who supported the war effort by working for companies that supplied the troops.  My mom made bullets

Our parents grew up during the Great Depression.

Mom was one of nine…she wore hand-me-down clothing and someone else’s shoes.  Her father, a butcher, stole meat from the shop where he worked, and brought it home hidden under his jacket in order to feed his family.  My Dad, as a child, picked pieces of coal along the railroad track with his brothers to warm their family home during the harsh winter months, and his father traveled to California in search of work, leaving a wife and four young children at home, scraping to make ends meet.

Our mothers and fathers, the sons and daughters of the Depression era, were adamant about creating a better life for us….their children.

We lived a handful of miles west of Worcester, an urban center teeming with difference, divided geographically by nationalities.  In one section of the city, handmade pasta, meatballs and sauces were sold from stores owned by families whose last names ended in vowels.  From another side of town, the alluring scent of mouth-watering bagels drifted in the air from several Jewish delis.  One neighborhood was Armenian, another Polish….the Swedes lived down by the lake.  The Nipmuc tribe who first inhabited the city, left their mark by naming the lake a Native American name, Quinsigamond. 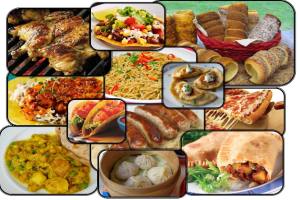 I am grateful for those early experiences that exposed me to people who were different from me. I found the dialects captivating, the aroma of their foods inviting, their traditions fascinating.  However, it was not uncommon to hear derogatory terms like ‘kike’, ‘dago’, ‘frog’, ‘greaseball or guido’, ‘mick’, or ‘polack’ to describe persons of Jewish, Italian, French, Irish and Polish decent….spoken by neighbors….and even some family members.  As a young person, I had an internal, deeply uncomfortable reaction to this offensive name-calling.

The Vietnam War and the assassination of a President, a civil rights leader and a candidate for President….are searing memories of the baby boomer generation.  The Cuban Missile crisis caused serious worry of annihilation for me and my teen-age friends for several days.  The turmoil and chaos, and the drafting of young men to fight a war with muddled purpose sparked protests on college campuses.

This period of time also birthed a rebellion on multiple fronts.

The Feminine Mystique” by Betty Friedan and NOW (National Organization of Women) launched the feminist movement challenging the subordinate and diminished role of women in our society;  the Voting Rights Act and Civil Rights Act outlawed discrimination on the basis of race, color, religion, sex or national origin.  The Stonewall Riots began the Gay Liberation Movement.  Cesar Chavez organized farm workers and an unassuming heroine named Rosa Parks, unwilling to give up her seat on a bus, helped initiate the quest for civil rights.

Although this was a time of disorder and upheaval…it also represented a period of positive change and hope….with the potential of creating a country authentically reflecting the words…“liberty and justice for all”….the concept that every American is equal under the law….not to be deprived of life, liberty and the pursuit of happiness. 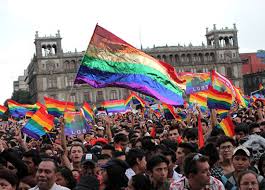 Difference runs in our family.  I have a son who is gay, a great-niece who is bi-racial and another with cerebral palsy.  There is a wide socio-economic spectrum as well, with some family members barely living above the poverty level.

Being straight, white, ‘able’ and not having to worry about meeting my monthly mortgage payment…I experience privilege not easily accessible to the people I love most.

Our country prides itself on its diversity.

People have come here for decades,  in search of a better life…escaping war, crime, famine and countless forms of danger and oppression. Some have sought freedom from horrific, life-threatening circumstances.  And although we, as a country, have strived to realize the dream of President Reagan who said, “America is the shining city upon a hill whose beacon light guides freedom-loving people everywhere”, perhaps more than ever before, we seem to fear and in some cases loathe ‘the other’.  Those different from ourselves are perceived as suspicious, persons to avoid or demean.

We are creating a sordid legacy of fearing those who look, talk, believe or behave differently from us…and in response the tendency is to discredit, ridicule and in some instances, vocally or physically attack anyone whose opinion, especially political, differs from our own.

We have sadly become a nation with a tribal mentality.

I have been a Democrat all of my life.  Not sure exactly what I am right now.  Progressive ‘socialist’ seems to fit best based on my values…believing all American citizens should have access to quality healthcare, a good education, and a standard of living raised for the ‘average’ member of our society to ensure more equitable economic opportunity for all.

I did vote for Hillary.  I admit, I wanted to witness the election of the first female President in my lifetime.  And, no, she probably wasn’t the best candidate for the Democrats.  I think persons on both sides of the political spectrum have grown weary with the succession of Bushes and Clintons.  But given the two choices, I felt she would bring more experience to the job, possess more refined leadership skills, continue the movement toward equality, healthcare for all, a living wage, clean climate, improvements in the education system, fair and reasonable immigration policies….and take the lead on addressing gun violence.

The current state of our government and our country concerns me.  Deeply.

I hope I am mistaken when I say our democracy may be shattering and the ideals of the 60’s, seeking equality and freedom, may be in peril.

Our Congressmen and women appear impotent.  They seem mute, unable to speak for the ‘people’….their employers.  Decisions are being made to eliminate laws that advocate for clean air and water, education budgets are being cut including monies that provide needed services for disabled children like my great-niece, Rhyen.  Babies are being separated from their mothers at our border and kept out of view from lawmakers and the media, some never to be returned to their biological parents.  Laws to protect the rights of LGTBQ persons, like our son, John….and friends, family members and colleagues that do not identify as straight….are experiencing, especially at the State level,  the erosion of basic civil rights we have fought so hard for.  Foreign powers are interfering with our voting system and infiltrating social media generating further alarming divisiveness in our nation.

The common discourse of our country is fraught with anger, threats and violence between those who see things differently.

It has become difficult to assess truth from lies.  The assault on our free press and free speech could eventually limit access to a wide range of free-flowing information sources,   potentially creating an authoritarian dictatorship with a strong central power and limited political and individual freedoms. 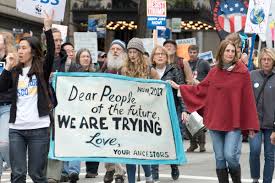 I realize, full well, I am next in the queue.

The legacy my generation leaves behind will impact my children, nieces and nephews and their offspring.

Their ability to live on a planet with air they can breathe, water they can drink, the freedom to marry who they love, choice to give birth, ability to acquire a good education or a decent job, or have access to affordable health care….basically a wholesome, healthy and happy life….will be dependent upon politics….our lawmakers and the enactment of laws.

So, yes….the political is personal…for me.

Perhaps it should be for all of us.

Welcome to my Blog Site. My intention is to connect with persons with whom 'age' is just a number and who desire to sustain an active curiosity, a thirst for personal understanding and exploration, and possess a passion to pursue their creative instincts well into their senior years. Please share your comments, thoughts, feelings, views....and visit often. Thank you for your support and interest! View all posts by musingwithmargaret