Have I sparked your attention?

The word “sex” has that sort of power…grabbing us by the lapels with wide-eyed interest…while simultaneously making us squeamish and uncomfortable.

I can recall the ONLY time my Mom, an undeniably sexy diva when in her 20’s, uttered ‘that word’ to me.  We were deep in conversation, two adult women sharing lunch, when she responded to a question I asked with……”I never was that interested in sex.”

That was the response of a naive young woman who was awakening to a new revolution called feminism.  Women were seeking political, economic, social, and equal rights to that of their male counterparts.  Women were also breaking ground with a sexual revolution…and with the advent of birth control….claiming their bodies and embracing sexual exploration and freedom.

But truth be told, I haven’t always “loved” sex.

My sex education as a teen of the 60’s was limited.  It was not being taught in schools.  Most parents, including mine, avoided the topic.  Whatever generally faulty information was available was shared in hushed whispers between female teens.  There was no access to internet data.  Introduction to my first bra, was left in a bag on my bed…no discussion.  I remember fumbling for several minutes trying to figure out how the hell to put it on!

We were mostly clueless and clumsily experimented with unreliable birth control methods.  The pill had only just become available and was not easily accessible to young women., most especially adolescents.   We carried the anxiety and burden of avoiding unplanned pregnancy, of wanting to express ourselves sexually coupled with the risk of being labeled for that expression….slut, loose, frigid, whore….and worse.  Interestingly, the male equivalent vocabulary included words like prowess, stud, manly, virile.  (We still see evidence of this discrepancy today in stories related to Stormy Daniels).

At seventeen, I experienced an awakening to womanhood.  Dating a good-looking,  popular guy in the senior class gave me credibility and status.  A desire to please, lack of sex education, starry-eyed love, and wanting to avoid the label of ‘prude’ when many of my counterparts were already sexually active….eventually led to the discovery that I was pregnant.  It was 1967.  Women were just beginning to embrace freedoms never before realized, yet I could be asked to leave high school or be fired from a job because I was pregnant. I could not legally refuse to have sex with my husband, and I could be denied a credit card.  It was a personal setback in my quest for sexual freedom, equality, and claiming my body, as I hid my bulging abdomen in order to graduate and work.

In her new book, “Sex Matters: How Modern Feminism Lost Touch with Science, Love and Common Sense”,  Mona Charen cites her belief that feminism has ‘failed us in our personal relationships’ and ‘dismantled traditions of modesty, courtship, and fidelity that had characterized relations between the sexes for centuries”.  As she raises thought- provoking questions and points to be considered, she also challenges some deeply held beliefs of women like myself who over decades flourished professionally, personally….and yes, sexually….due to the powerful force of the feminist movement.

Fast forward.  I am a woman in my late 60’s.  One would think my days of sexual interest, sexual freedom and sexual prowess would be over. 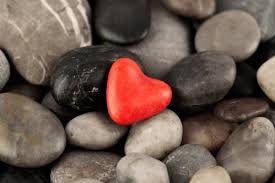 Women of my generation are like no other.  We grew up in the era of sex, drugs, and rock’n’roll.  We burned our bras, formed consciousness raising groups, and fought for reproductive rights, maternity leave, and equal pay.  We spoke out against domestic violence and sexual harassment.

And….I have friends….(ahem)…..having the best sex of their lives…….

Welcome to my Blog Site. My intention is to connect with persons with whom 'age' is just a number and who desire to sustain an active curiosity, a thirst for personal understanding and exploration, and possess a passion to pursue their creative instincts well into their senior years. Please share your comments, thoughts, feelings, views....and visit often. Thank you for your support and interest! View all posts by musingwithmargaret